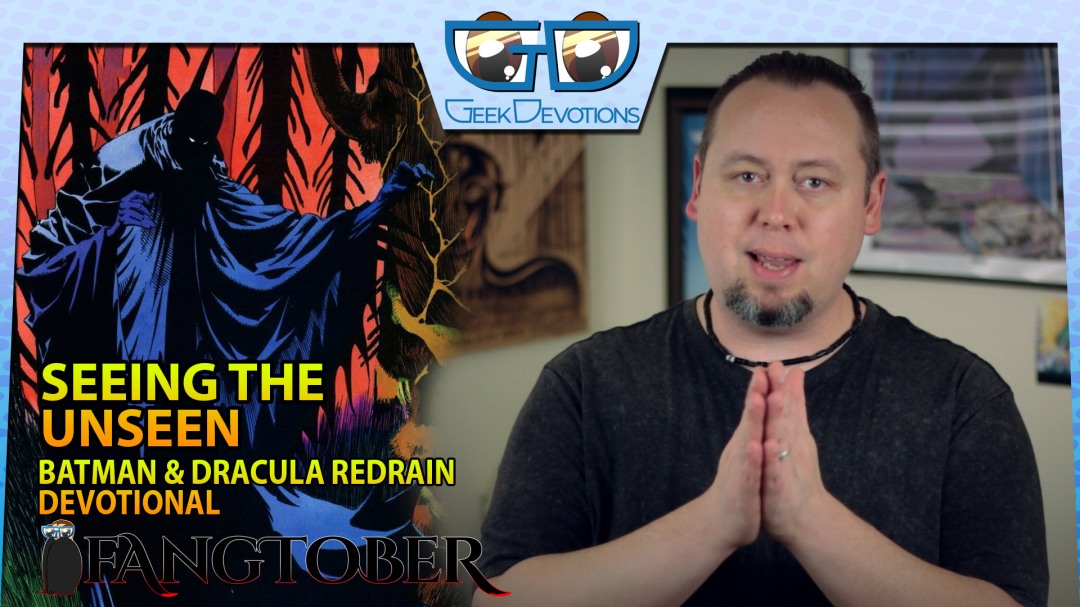 Do You See The Unseen| A Fangtober Devotional

This week Dallas takes a look at Batman vs. Dracula Red Rain and taking care of people whom others ignore.

Now I’m a big fan of Elseworlds comics because they take the established properties and give them to the writers and go here have fun and the authors do. This particular Elseworlds is pretty iconic, one of a kind where batman has to go toe to toe with Dracula. The art is beautiful, the story is interesting, it’s just overall a good story.  The basic story is this, Gotham is Gotham, and that’s the problem. You have upper class, lower class, and people don’t pay attention to those who are in the slums. In the midst of this is where Dracula has taken root. He has been feeding off those in the slums so much, but in the darkness so people don’t realize it, they don’t see the people who have gone missing. What’s been happening is secretly he has been creating an army of vampires to take over Gotham completely and Batman has to stop him. But something has been taking place at nighttime that Batman doesn’t understand. That something is another vampire is turning into a vampire.

Now what stood out to me is the basis of the issue. See what was happening as I said is that no one was paying attention to those living in the slums., to the unfortunate, those who lived in the shadows. These are the people that the enemy, Dracula, was targeting, attacking, because he knew no one would care. This broke my heart and there is a bit of commentary about this in the book, which is one of the reasons I like this book, it’s not just a scary monster story. There’s some depth to it. Gordon laments that he wished he had paid attention to it, seen what was happening, bruce talks about it too how he wishes that he had paid attention more.

There are people in your life who are living in the dark, not just the ones who you naturally think about. Because we do, we naturally think about those who are poor, and or homeless and are dealing with certain things and we do need to keep our eyes on them and help them when we can. We need to have a tender heart for these individuals. But other people in your life are doing the same thing, they may look like they have it all together but they are still living in darkness. They are still living a path and a life of loneliness and regret. When you find yourself in these situations this is when the enemy likes to strike, when the enemy likes to feed off of people. But it is up to us who see things a little bit differently, to show them hope, to show them the love of God so that the enemy has no room in their lives anymore. In Matthew 25 you see Jesus giving a series of parables about the second coming of Jesus and what it’s going to be like. He talked about how at the end of days the king will come to people and say “Hey I’m going to bless you because when I was hungry you fed me and when I was sick you took care of me, when I was naked you clothed me, and the people will say When was this? He follows up by saying in

“And the king will answer and say to them, ‘Assuredly I say to you since you did it to one of the least of these my brethren, you did it to Me.”

See we are commanded as believers to take care of people who have found themselves in terrible situations. Now we do need to use wisdom, to help people the best that we can while being good stewards of what we have. But the fact of the matter is this, it starts with you being willing to see. You are willing to open your eyes and see the people in your life who just need some hope, some help in some fashion. Why? Because these are the people the enemy likes to feed off of. I want to encourage you today to open your eyes and look around you. Who needs help? Who needs encouragement? Who is in pain and simply needs you to step out and be the person who walks through the door and be the batman in the situation and save people from a life-sucking Dracula that the world is today?