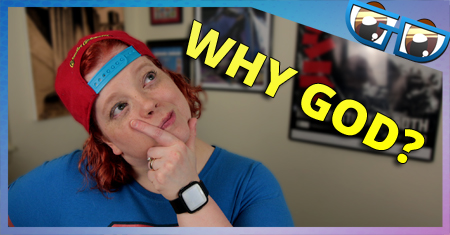 Is it “OK” to have doubts? – Independence Day Devotional

This past week was the American holiday of the 4th of July, and as such, we thought it fitting to use the Will Smith movie “Independence Day” as the reference for our devotion.  In the film, aliens are attacking the planet, and Will Smith and Jeff Goldblum are the ones who are going to figure out how to save the world. Well… them, the military, the greatest movie President ever, and old crop duster who believes he was once kidnapped by the aliens.

In one scene, David (Jeff Goldblum’s character) has hit rock bottom. He does not see a way to defeat the aliens, and they are planning to annihilate earth. He is going around making a big mess, throwing things around. Suddenly his dad (played by Jude Hirsch) comes in and finds him. He begins to encourage his son, and while doing so, he says the following line:

“Everyone has doubts. I haven’t talked to God since your mother died.”

This takes his son by surprise, David had always assumed his dad had never doubted God.  The reality of this is that everyone has doubts, everyone questions things. God has created us to be some of the most inquisitive of all His creation. Part of that is that we question things in our life that do not make sense to us. And that is ok. It is ok to doubt, as long as you take steps to find the answers.

In Mark chapter nine, we see a story of a man who brings his son to Jesus to be healed. His son is possessed by a demon, and it causes him to have epileptic type fits, where he is thrown to the ground even if what is on the ground is water, or fire and also keeps him from being able to speak. You can see how this would be a cause of disturbance for a parent. This man is desperate. Which leads us to the following encounter…

“But if you can do anything, have compassion on us and help us.” And Jesus said to him, “‘If you can! All things are possible for one who believes.” Immediately the father of the child cried out and said, “I believe; help my unbelief.”
Mark 9:22b-23

The man asks for help with his unbelief, and this friends is the key to what we need to do when we have doubts. Don’t ignore them and push them to the side to grow, but take them, ask God and others that you trust to help you determine the answer if there is one or to accept that some things we may not know on this side of eternity.