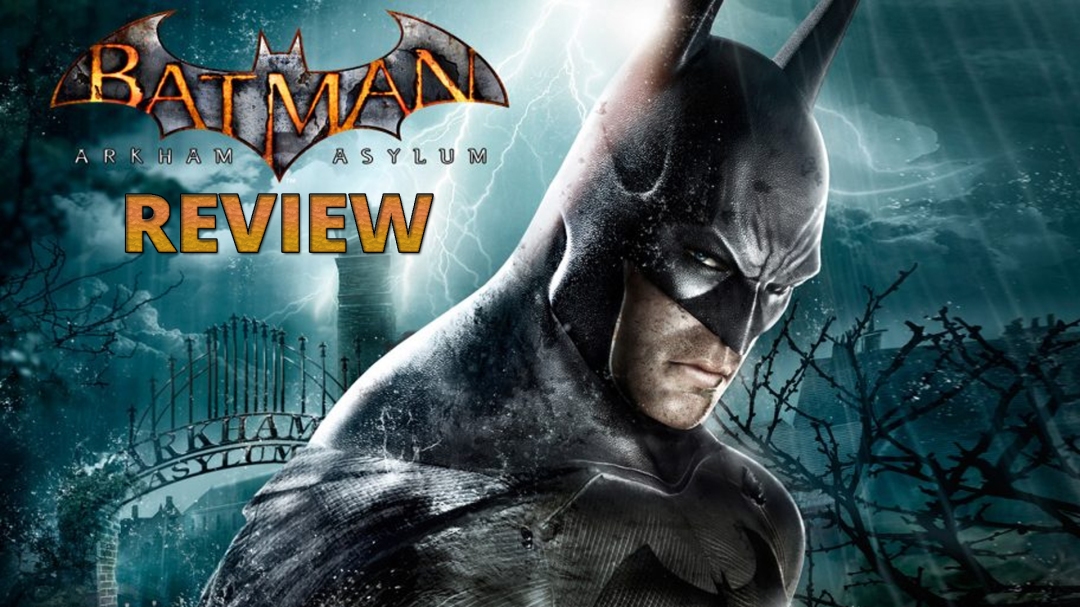 Today Devoted Geeks, I am finally going to give my thoughts on PlayStation 3’s Batman Asylum. That said I feel that I should preface this in saying that I have a long history with Batman video games. I’m not saying that I’ve played EVERY Batman game, but I’ve played a lot of them.

As you can see I’ve played a pretty good mix of Batman Games. Many of them ranging from frustratingly difficult because of game design, to zany and fun time killer, to meh… we probably should ignore this ever happened. Each game captured interesting aspects of the Dark Knight and each game captured the hearts and attention of gamers in very different ways. So how does the 2009, PlayStation 3 Batman Arkham Asylum hold up?

When I first introduced the concept to you amazing Devoted Geeks I had stated that I was going to give you a rundown of the game after each level. Those following our page may have noticed….that didn’t happen. Why not? Was I lazy? Was I captured and held captive by Two Face? Truth be told, that first day that I started playing the game was one of the few days I didn’t much to do and by the time I looked up I had already completed 15% of the game! I didn’t even realize I had done it! How did this happen?

Essentially it’s because the game did something so beautiful that I can honestly makes my heart smile. It told a good story. Not only did it tell a good story, but it told a good Batman story. So I decided to play through the entire story and then write this review. By the time I finished playing, yesterday afternoon, these were my final stats

The way I judge games is based on two factors – Story and Re-playability. I’m going to discuss the two of these separately 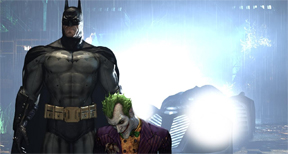 When I gave my previous post I wrote out what I thought the story was about, however I was a bit wrong. The actually story is pretty interesting. Without giving to many spoilers, the essential story is as follows. The Joker has been captured, again, but this time Batman suspects it was a bit too easy. As he personally escorts the Joker back to his cell, the Joker sets his plan in place. Escaping from the Dark Knight deep into the belly of Arkham Island, Batman must fight off a variety of inmates and familiar foes. All along the way you are given small hints and clues as to what the Joker’s big plan really is.

As the story progresses, you find small tape recordings that give you some insight to the minds of Batman’s Rogues Gallery. There are also these small pieces you find along the way that give you audio recordings from Dr. Arkham himself. That story itself reveals some of the craziness of Arkham Asylum (pun intended).  Every step of the game creates more questions as you gather more answers. The draw of the story is exactly why I lost track of time and why there is no natural stopping place. Each “level” flows into the next so naturally you feel like you’re in the midst of a great movie or graphic novel. Without a doubt the story will keep you engaged all the way through.

As you saw above I am listed as having only completed 75% of the game yet I’ve completed the story mode.  So what’s left to do? Often people focus on the Dark Knight aspect of Batman. The ninja like crime fighter who beats criminals into the ground with enough control to keep from killing them. What many of the past games forgot is the fact that Batman was originally highlighted in DETECTIVE Comics. This game highlights his detective roots by littering the entire game with small riddles for you to solve. Each riddle opens new items and surprises for you.

After the credits on the main story roll you get the opportunity to go through the map and put your detective skills to work. I can see some being a bit bored with this portion as you don’t have any fighting to do but the completionist will find it interesting. I am really fascinated with the Dr. Arkham storyline and am looking forward to finally finding all of the parts to it. That said I can see myself starting a new game and replaying the story as it was really very interesting.

It should be said that this is NOT a game for little kids. It has earned it’s T for Teen rating with it’s fairly graphic violence, language, and a few scandalous outfits. The violence itself isn’t terribly ridiculous but you do see Batman breaking different limbs of inmates, an event that is accompanied with small pop to signify the break. The only actually killing comes from a few select scenes from the Joker. During the cut scenes you hear them drop a few curse words but no more than what you would hear in an edgy PG-13 movie. As far as sexuality, you do have Poison Ivy and Harley Quinn wearing some fairly revealing outfits. Their outfits do push the envelope for a T-rating but their presence on screen is pretty brief throughout the game.

This is the Batman video game I’ve been waiting for. The story is fantastic and the gameplay is fun. It really does embody the Batman of the comics and even aspects from the movies. It doesn’t hurt that Batman and Joker are voiced by my favorite voices of both characters, Kevin Conroy and Mark Hamill. The replay isn’t the best for casual players but still worth a go.  That all said; there is a reason that this game won Game of the Year. I would highly recommend this game for any Batman Fan and casual gamer.

I can’t wait to play more from this series. My next game review will be on the sequel, Arkham City. Do me a favor and leave your thoughts in our comment section below and let us know what you thought of Arkham Asylum.