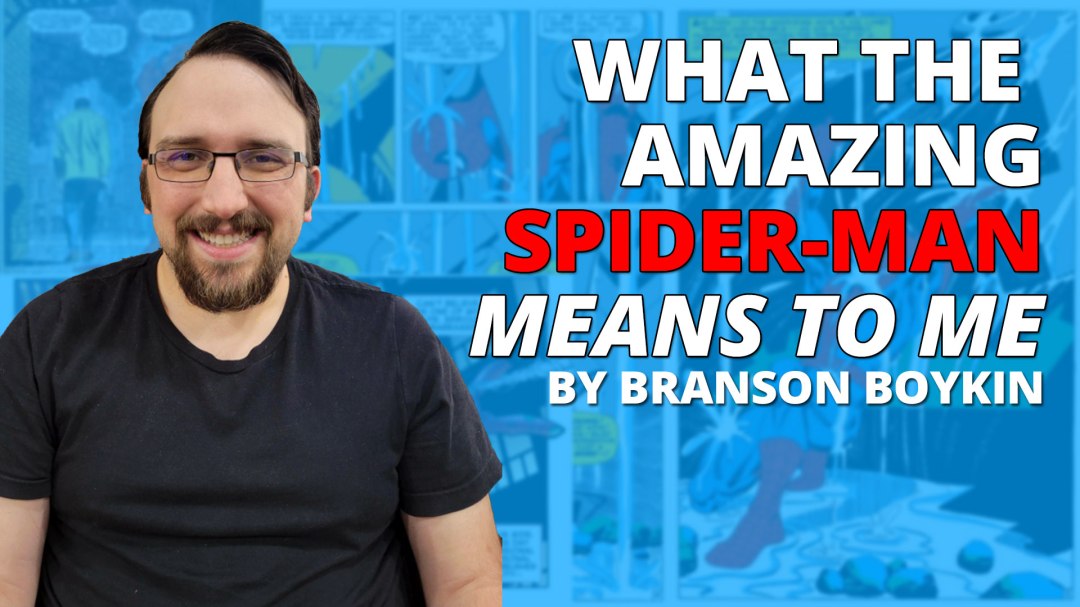 What Spider-Man Means To Me By Branson Boykin

Dallas asked us all to write articles about what Spider-Man means to us.  Unfortunately, the full 13 volume set that it would take to explain fully would not fit within the confines of this project, so I’m only going to focus on one aspect. 😉

One of the things that I love most about Spider-Man, specifically Peter Parker, is that he is guided by readiness and willingness to act.  If he sees something that needs doing, and he knows that he has the power to do it, then he does it.  He doesn’t question whether he has time, energy, or if it’s even his place to intervene.  He simply does it.  This is the very heart of the saying:

He did not come to learn the lesson easily.  Anyone who knows the story of Spider-Man knows about the one time he shirked his responsibility, the one time he thought that something wasn’t his problem.  It ended in tragedy.  Since that day, Spider-Man has not backed down from a single fight.  He hasn’t left anything alone.  He hasn’t turned his back on anyone or anything.  Instead, he sacrifices over and over again, giving everything he has to do everything he can, all to try and ease the guilt of not stepping up that one time.

What’s crazy is that if you read Amazing Fantasy #15, you realize that Spider-Man should have been a supervillain.

A misunderstood kid, picked on in high school because of his intelligence and lack of physical prowess, is suddenly given powers to finally be better than his tormentors.  But, when he finally starts to reach the top of what he considers the good life, he is struck down by tragedy.  Life never gives him what he wants, never lets him have happiness.  How easy it would have been to say, “I deserve better!  And if no one is going to give me better, then I will take it by force!”

But he doesn’t do that; Spider-Man does the one thing that separates heroes from villains.  He accepts responsibility.  He realizes that his one act of negligence led to someone dying.  He learns from his mistakes.  And he is never idle again.  So when we should have been reading about the origins of a villain, we read the origins of a hero.

So that’s what Spider-Man means to me.  He is the perfect example of choosing to do good when it would be so easy to do evil.  It’s the kind of hero that you can honestly look up to.  So keep your Punishers and your Lethal Protectors and your dark vigilantes.  My kind of hero is the one who always chooses what is right.  Even if it means he’s late to yet another class, even if it means his relatives think he’s irresponsible, even if it means never being able to have a normal life, he gets up, puts on that mask, and swings out to save the day.